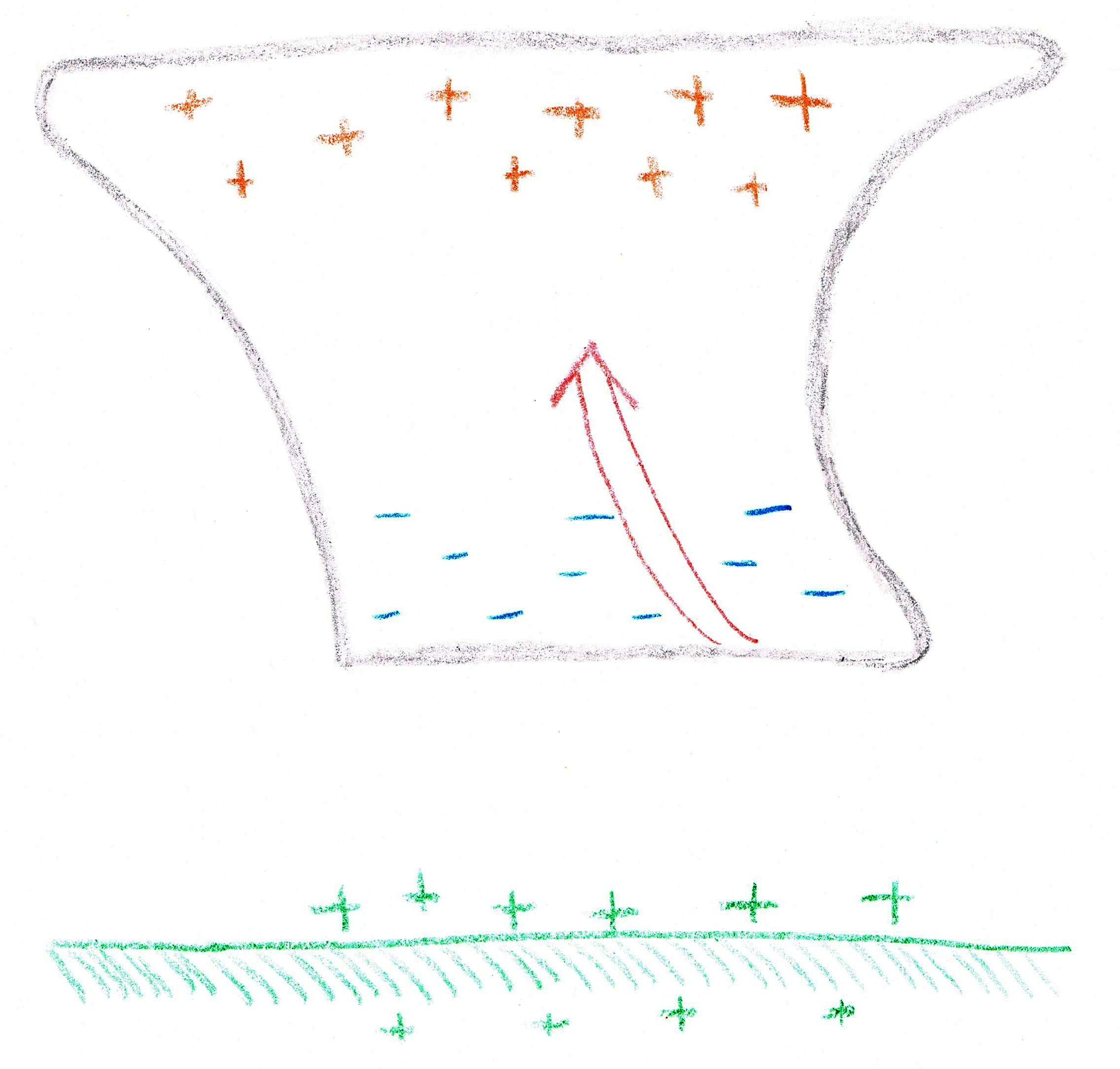 What appears as a single, instant bolt of lightning is usually made of several bolts of lightning that occur so quickly that the human eye perceives them as one. An initial “leader” bolt, which is not very luminous, extends down from the cloud to the ground. In response to the charge, tall objects form “streamers,” which are strands of positive charge that extend up towards the negatively charged leader. The leader often branches several times, and if one of those branches connects with a streamer, negative charge flows from the cloud to the ground. Nearly instantaneously, positive charge flows from the ground to the cloud along the path formed by the leader. This is the extremely bright that we see; the charges can zip back and forth between the cloud several times in what we see as a single bolt.

The yellow leader may branch several times; the blue lines from the tree and house are streamers. 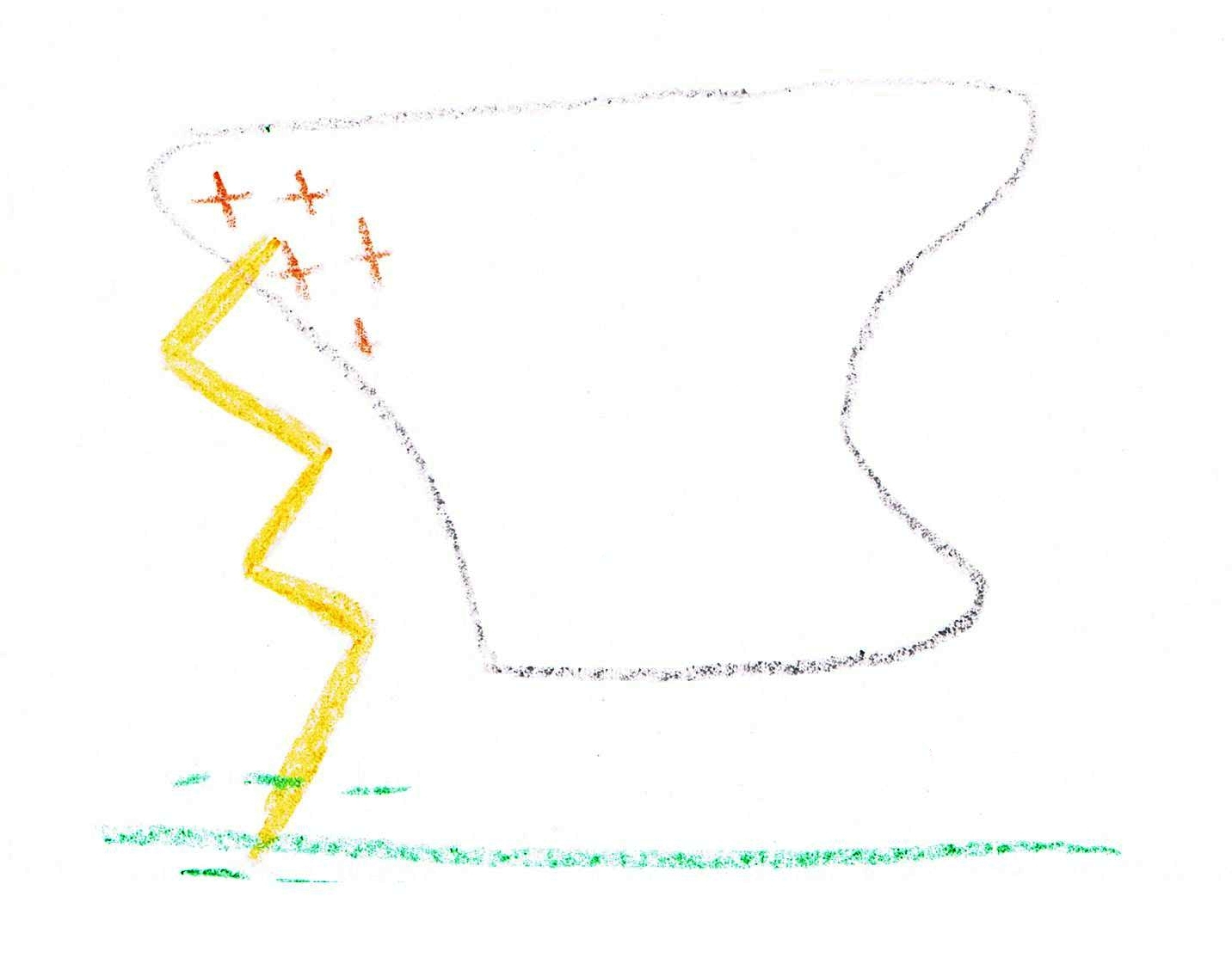 Thunder accompanies lightning, because as the lightning bolt extremely suddenly heats the air around it, the air is compressed into a shock wave. The compression shock is very localised, since lightning is extremely hot (~20,000 degrees Celsius) and extremely shortlived (~30 microseconds), and the shock decays into an acoustic wave, which we hear as a clap of thunder. Since sound travels much more slowly than light, the time between when you see a stroke of lightning and hear the accompanying clap of thunder can be used to estimate how far away the lightning bolt was. A difference of 5 seconds means the bolt was around a mile away, and a difference of 3 seconds means it was about a kilometer away.

This entry was posted in Meteorology and tagged lightning, meteorolgy, thunder, thunder storms. Bookmark the permalink.

2 responses to “Lightning and Thunder”