In the last post, I glossed over the bit about how lightning has a hard time passing through air, so I thought I’d clarify (and hopefully this’ll be clear enough that I don’t need to keep up with this string of addenda and clarifications and can write about something new).

Of course, the force experienced by a charge dropped into a field depends on the sign (positive or negative) of the charge. A negative charge will experience the opposite force that a positive force experiences, ie, the arrow heads all point in the other direction.

With lightning, it’s not a point test charge dropped into the cloud that creates the bolt, but rather that the charge distribution itself cannot be sustained any longer, and a bolt transfers charge from one region of the cloud to another and neutralizes the field. 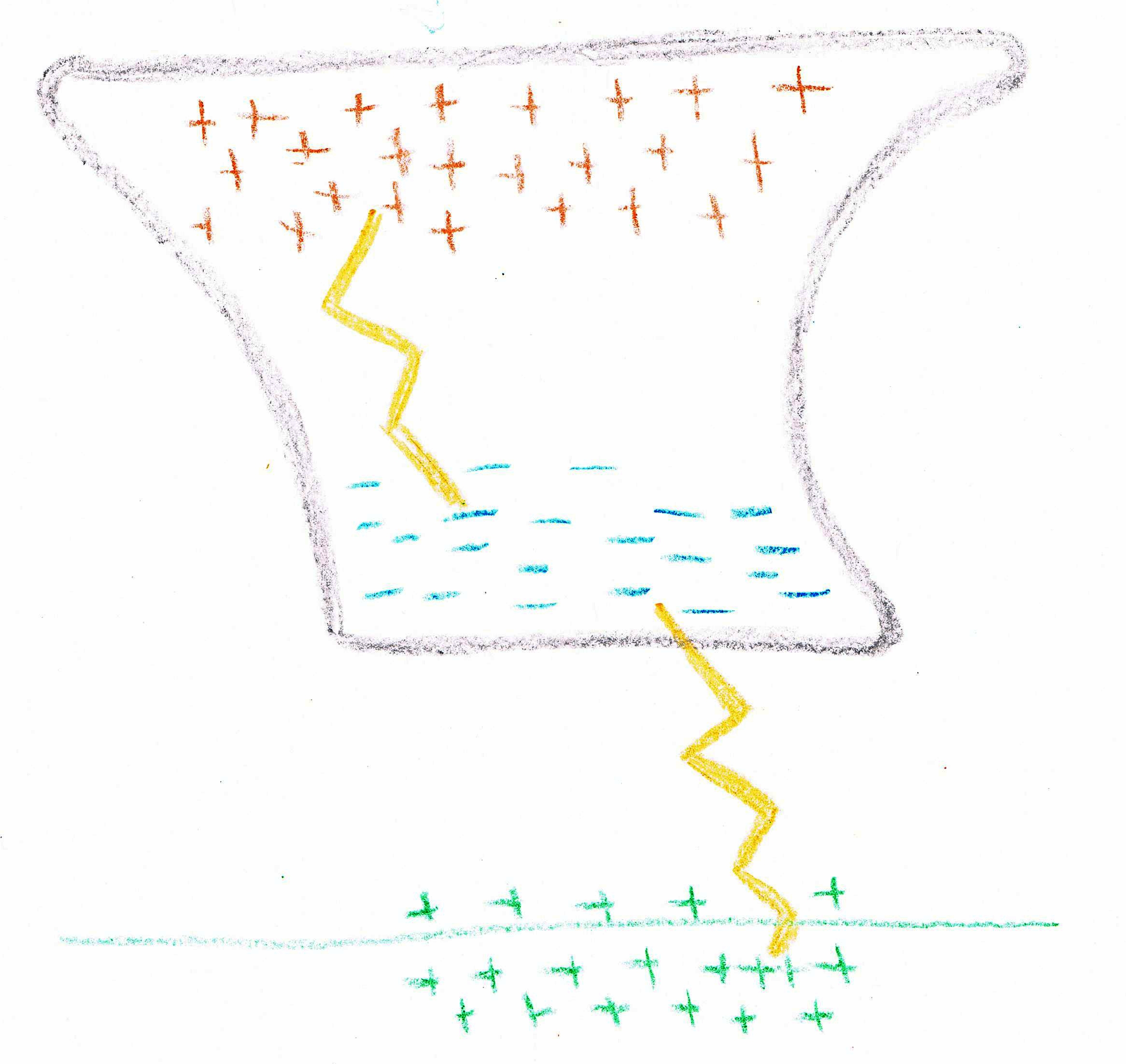 The bolt travels through air, and air is not a vacuum, so the physical properties of the air (or any material that charge is attempting to move through) will affect how easily the charge can move through the material. Materials (and by materials I mean any state of matter, so it can include say glass, water, and air) can generally be classified as either insulators or conductors, depending on a property called conductivity. Electrical energy has a hard time travelling through insulators (like glass) which have a low conductivity, while it passes easily through conductors (like metals), which have high conductivity.

The electrical conductance (or resistance, depending on how you look at it) depends on the atomic or molecular structure of the material. Metals are excellent conductors of electricity, due to their atomic structure. Metals, by definition, have a lattice structure, with loose electrons that can propagate throughout the metal and are not confined to a single atom. 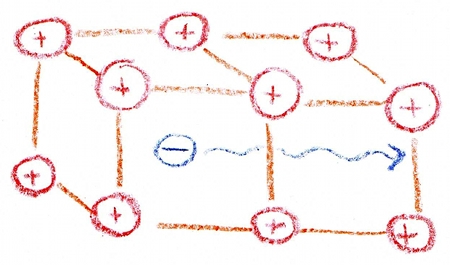 A very small piece of a metal lattice. The positive ions (nuclei) form the lattice, and the negative ions (valence electrons) can propagate throughout the lattice.

But not all materials are metals, and many do not have such loose electrons to acts as charge carriers. Glass, for example, is an excellent insulator, because it has an amorphous, non-crystalline molecular structure. There are no loose electrons, and so few loose charge carriers, and an applied electrical charge has difficulty propagating through the material. 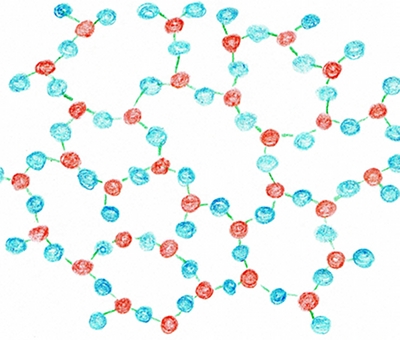 Glass does not have a regular lattice structure, so electrons do not propagate easily through it.

Air is like glass, in that even though there is plenty of room for particles to move freely, there are very few charge carriers to transfer electrical energy from one location to another. This means that a very large electric field can be sustained across a cloud, as small amounts of charge have a hard time flowing freely between the two regions. There is no such thing as a perfect insulator, and eventually the air cannot sustain the electric field, but since it is such a good insulator, the bolt that discharges the energy is very energetic, which we see as a bright flash and hear as a clap of thunder.