File Under Things You Never Thought You’d Need To Worry About: Exploding Lakes!

Limnic explosions are really bizarre and not very well understood, since there’s only been two confirmed and documented events in recent history (Lake Monoun and Lake Nyos, both in Cameroon, in 1984 and 1986 respectively), and it’s difficult to study an exploding lake for what should be obvious reasons.

Three things are needed for a limnic eruption to be even remotely possible: 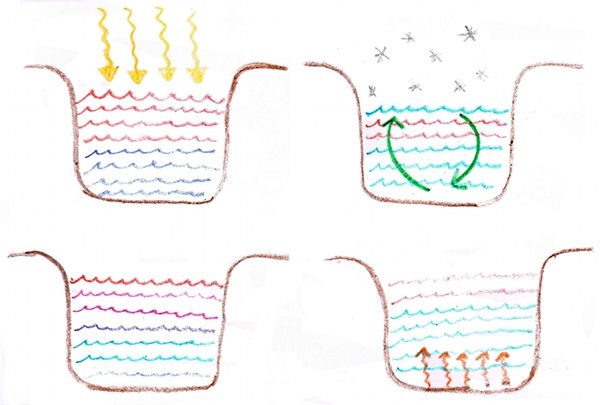 Top left: a tropical lake that does not over turn. Top right: a temperate lake overturns. Bottom left: a stratified lake Bottom right: a lake with a gas source in the lake bed.

Without all three of these ingredients, a limnic explosion is not possible, because there is no way to create a supersaturated bottom layer. If the first is lacking, the bottom layer of water interacts with the upper layers, and the dissolved gas will dissipate. If the fluid is not strongly stratified, the gas will easily diffuse upwards and out of the bottom layer. If there is no source of gas, there is nothing to explode. Lake Nyos is a very deep crater lake, which sits on top of a dormant volcano. It’s surrounded by tall hills, which shields it from strong winds (which can help stir lakes). It’s a perfect candidate for a limnic explosion.

What’s still very unclear is how a limnic explosion is set off. Some scientists suspect a small earthquake jiggled the lake and set it off, while others think that there was a change in the stability of the lake. If the stability of the lake changed, the stratification could weaken and an overturning circulation could form, bringing the bottom water to the surface where the sudden change in pressure could cause the gas to rapidly expand (and thus explode out of the water). Some scientists think that for some reason a plume of light water formed at the bottom of the lake and entrained the bottom layer water as it rose to the surface (ie, the light water dragged the denser water up to the surface with it) . There’s a theory that an unusually severe thunderstorm the night before the explosion deposited a layer of cold water at the surface, which then caused an overturning circulation to form and the gas, again, to reach the surface and expand rapidly. Another idea is that the inflow from rivers was colder than usual. The precise mechanism is still unclear, especially since it’s difficult to accurately analyze what cause the explosion after the fact, and before the fact it was an otherwise unremarkable lake in remote Cameroon.

What is clear is that the bottom water with the extremely high concentration of CO2 reached the surface, and the change in pressure caused the dissolved CO2 to explode out of the water and into the surrounding atmosphere. Carbon dioxide is heavier than air, so when all the gas exploded out of the lake, it sank and hugged the ground, and ran through the valleys in the hills surrounding the lake. The high concentration of CO2 in the cloud from the explosion asphyxiated nearly 1800 people, some as far away as 20 km from the lake, and countless animals. The victims appeared to die peacefully; eyewitness accounts from survivors tell a tale of people falling suddenly or quickly into a coma and never awakening, or people who were asleep (the explosion occurred at around 10 pm) never waking up.

In the wake of the explosion, scientists devised a way to degas the lake to prevent CO2 from building up in the lake again and thus decreasing the potential for another explosion. They have installed a pipe and a pump that vents the bottom layer of saturated water to the surface, allowing the CO2 to bubble off at a continuous rate that allows it to dissipate before it can form a lethal cloud. A similar structure is installed in Lake Monoun, though since the lake is smaller less pipes are needed. I’ve had a surprising amount of difficulty finding current information about the state of these degassing projects, unfortunately, and it’s unclear to me whether the projects were ever finished or if they’re still in operation. 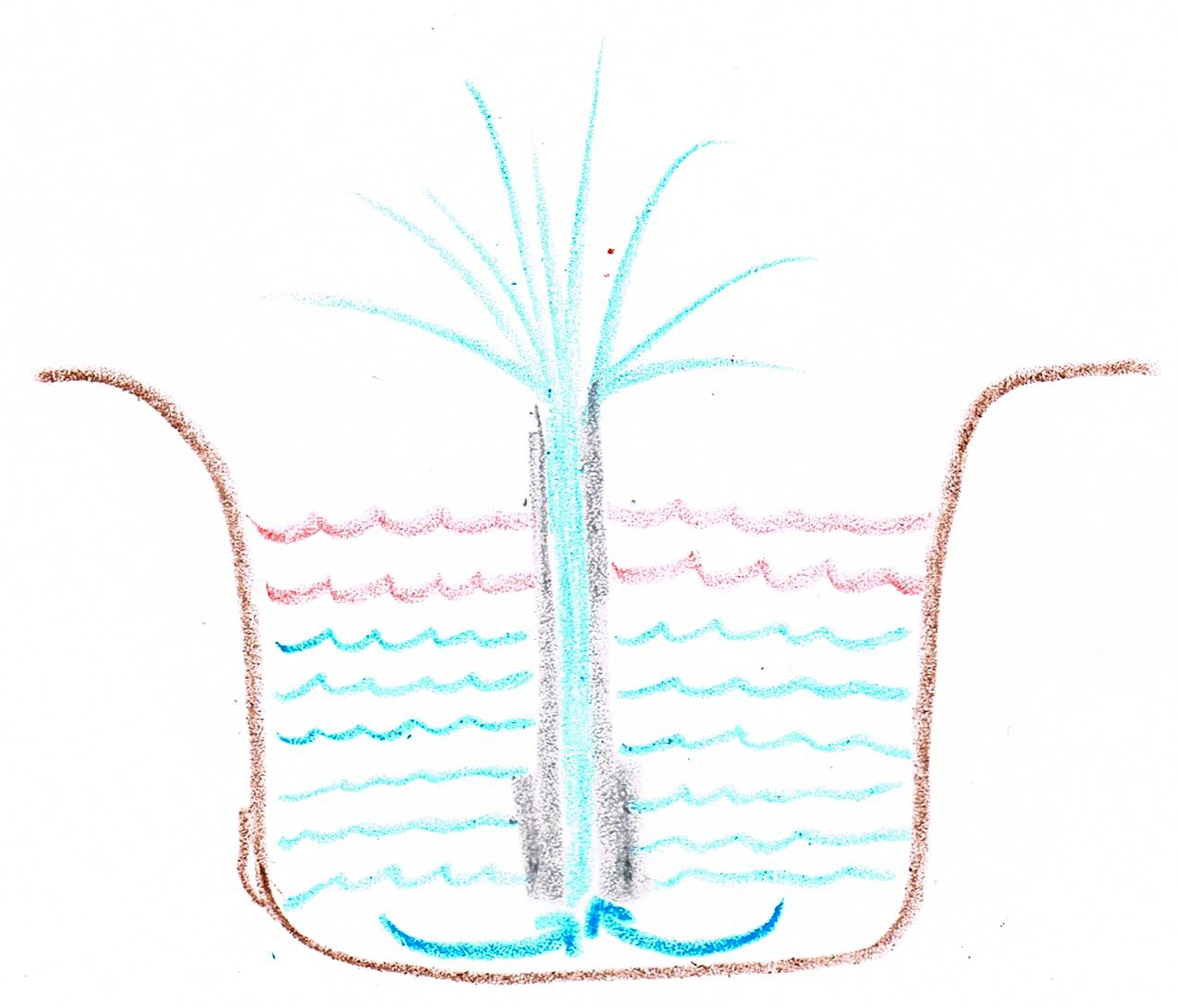 The pipe connects the bottom fluid layers to the surface, allowing the gas to bubble off into the air. Initially the water must be pumped, but as the water becomes buoyant in the tube (due to the expanding gas), water from the bottom gets sucked up to replace the water in the pipe, and the pump is no longer needed.

Lake Kivu, which sits between the Democratic Republic of Congo and Rwanda, is the only other known lake that is at risk for a limnic explosion. Lake Kivu is about 2,000 times larger than Lake Nyos, and is not nearly as remote — about 2 million people live near its shores. Lake Kivu contains not only CO2, but also high concentrations of methane (CH4), which has lead to some engineering projects which attempt to retrieve the methane for use as fuel. This is doubly useful in that in the process of extracting the methane, some CO2 is also extracted. Fortunately, the gas concentrations in Lake Kivu are not nearly as high as those in Lake Nyos, and so it is probably less likely to explode, but the consequences (and death toll) from a limnic explosion at Lake Kivu are likely to be several orders of magnitude higher than from previous confirmed explosions. Considering that the effect of extracting the methane may not be enough to offset the natural build-up of gas, and also that the scientific community still knows very little about limnic explosions and what triggers them, Lake Kivu is possibly a ticking bomb.

This entry was posted in Environmental Science, Weird Science and tagged dissolved gas, irrational things that keep you up at night, lakes, limnic explosion, tropical lakes. Bookmark the permalink.