Last week, Minister of Science Gary Goodyear unveiled the new and restructured National Research Council. Rather than working on both basic and industrial science, the NRC is now focusing solely on the industrial side of science. While some parties have welcomed the restucturing, the usual chorus of critics (including yours truly) has piped up in protest.

The move isn’t seismic — the NRC has traditionally been a supporter of industrial and applied science, though it was not its entire mandate. Along with industrial science, the NRC (in addition to running the time signal which has beeped across Canadian radios since 1939) has supported basic and regulatory science, which is a niche that is now unfilled. The NRC was unique in that it spans all sciences, and many of the specialized agencies were formed from departments in the NRC. It is an important umbrella group that fosters cross-discipline innovation, and yes, helped build ties to industry. Industrial science is important, and little of the criticism I’ve heard claims it isn’t. But without basic science exploring new and uncharted realms of science, industrial science doesn’t have ground to work from. Basic science maps the terrain, and then industrial science takes that knowledge and makes concrete goods and economically viable products with it. Both components are important, and having both aspects of research operate in the same agency increases the efficiency and cross-pollination between researchers. Cutting out basic science form the agency threatens to drastically reduce the effectiveness of the very programs this restructuring puts front and centre.

It’s unclear what precise policies the NRC will now follow, but this bit from a piece by Annie Bergeron-Oliver leaves me with a lot of questions:

In essence, the NRC will act along the lines of a contract-based agency; businesses will be encouraged to pitch research ideas to local NRC offices, or even by email. The idea is that the new process will streamline research, leaving hypothesis testing to academics, and providing NRC scientists with predetermined research plans, added McDougall.

Egads. Contract-based agency sounds like industry is driving the mandate of the NRC, rather than the NRC having a mandate and working with industrial partners. It also sounds like the NRC is going to end up focusing on short term, disjointed work rather than long term, progressive projects. Long term work is often more fruitful and more insightful than a hodgepodge of short term projects. The NRC has a history of long term, large scale projects, including developing canola, radar, the pacemaker, and building the reactors at Chalk River (an internationally renowned source of medical isotopes). None of these are short-term projects, but all have been economically lucrative and had a significant impact on society.

“It will be hopefully a one-stop, 1-800, ‘I have a solution for your business problem'”

as quoted in a CBC piece in March when this restructuring was initially proposed. (The quote in the CBC piece is oddly chopped and doesn’t form a complete sentence, so I’m quoting all I can.) But the NRC should not be primarily about business: it is (was) an organization focussed on both basic and applied science, much of which has industrial applications, and is done in concert with industrial partners. But the science came first, and industrial partners were partners, not contractors. It is (was) certainly not “a solution for your business problem,” which sounds like a tagline to a management consultancy firm rather than a description of a federal agency. It’s ridiculous and worrisome, to say the least.

I’m beginning to think that I should maintain a page here on ECS with a list of all the cuts, restructurings, and silencing of Canadian science and scientists by the Harper government that’ve come to light in the press. It’d be illustrative to have everything ennumerated in one place, and maybe help draw a more complete picture of how Canadian science is tangibly under siege. Would this be useful or interesting? Let me know what you think in comments or on Twitter.

Addendum, May 14th: From a piece on rabble.ca published today:

Appointed NRC president three years ago by Stephen Harper, John McDougall does not have a PhD, has never published a scientific paper, or received a research grant. His qualifications for the job are a civil engineering degree that he turned into a job with Esso as a petroleum engineer.

So the head of the National Research Council has absolutely no experience whatsoever in research. At this point, though, I think I’d be more surprised if they *did* have research experience. The whole Rabble piece is well worth a read, and this is about the most succinct summary of Harper’s attitudes towards science I’ve read in a while:

The Harper government punishes its winners because it claims Canada performs poorly when it comes to registering scientific patents. The so-called solution is to wind down basic science, and hand over scientific resources to companies. 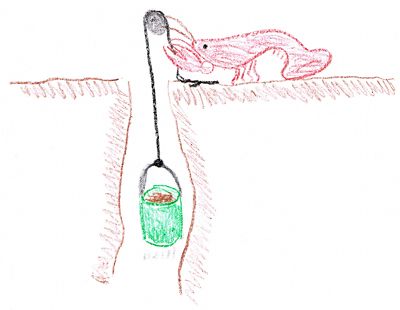